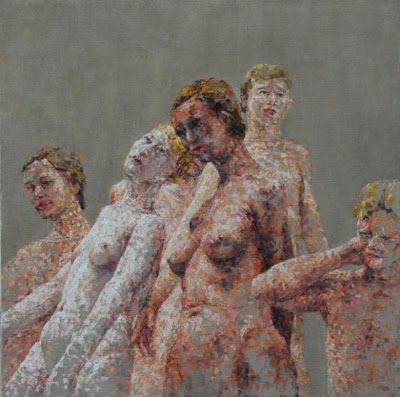 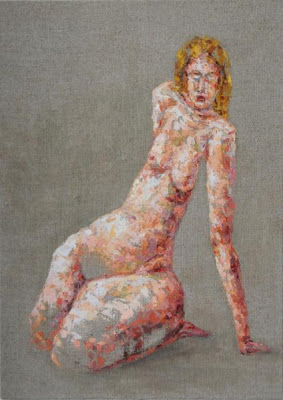 Corinne Beardsley is from the Eastern Shore of Maryland. Her love of the physical relationship with the material and the drama of something emerging in space is why she sculpts. She studied at Hartford Art School in Hartford, CT and University of Massachusetts, Dartmouth; building large scale installations of ceramic figures. After receiving her MFA in sculpture from the New York Academy of Art in 2011, she went to China on an Artist Residency with the Central Academy of Fine Art in Bejing and Shanghai University.  Corinne's current work involves building performative objects, masks, costumes, and caves in the depths of NYC. 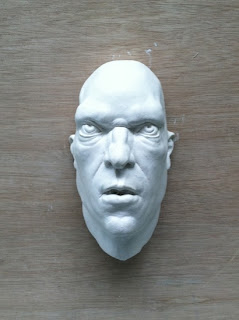 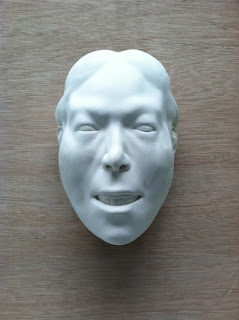 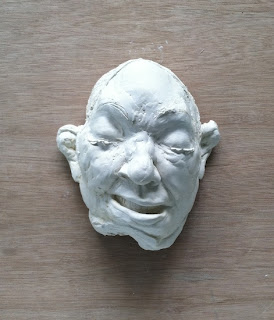 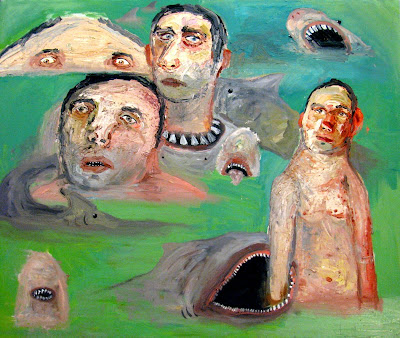 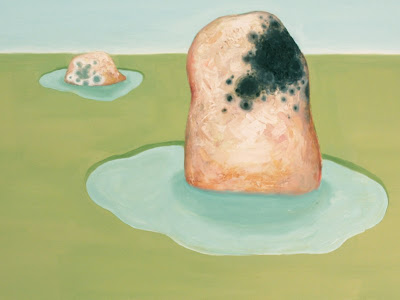 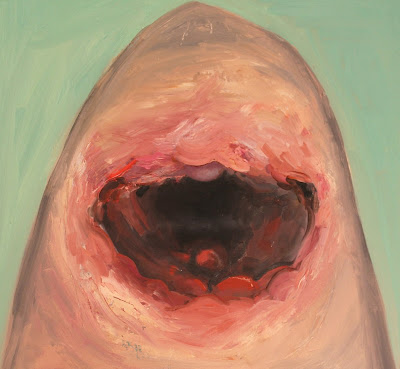 Jessie Brugger was born in Puyallup, Washington. She started her artistic studies of painting, drawing, and mixed media at Western Washington University in 1997. In 2000, she transferred to Concordia University, in Montreal Quebec. There, receiving her  Bachelors of Fine arts in 2002.  In 2010 she completed a Masters of Fine Arts at the New York Academy of Art.  After not having a studio to paint and draw in, Jessie started doing stop animation with clay, and other mixed materials. She was awarded a residency in Giverny, France, and created a piece called, “The Stained Glass Window.”  In April 2011, she was awarded “Best in Animation” at the New York International Film Festival. Jessie continues to work on her animations, maquettes, paintings and drawings in Brooklyn, New York. 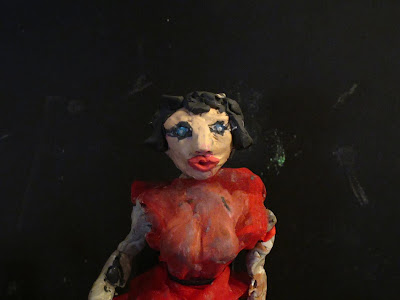 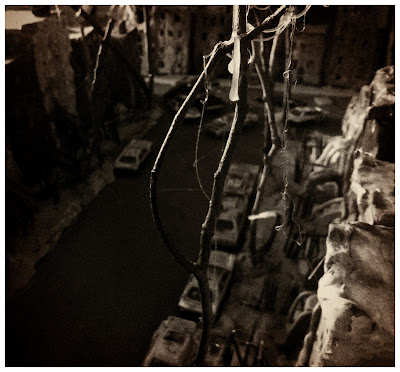 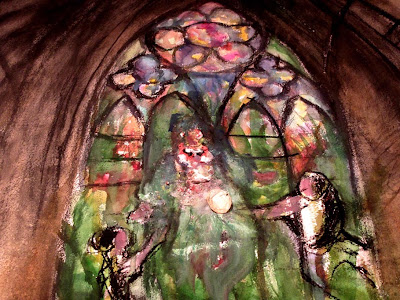 Micheal Feld is a musician, producer and sound designer for theatre. He

has designed sound and composed music for theatre companies throughout New York and Boston. He is an accomplished creator of sound art, and will soon release an album of electronic music. Michael is also an accomplished drummer, has toured nationally with bands, and is currently performing with the Off-Broadway musical Reverend Billy and the Stop-Shopping Choir. 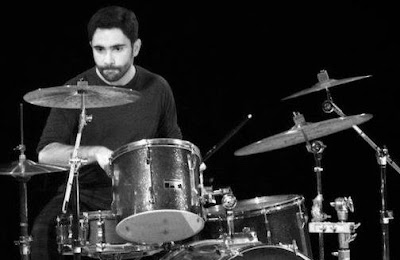 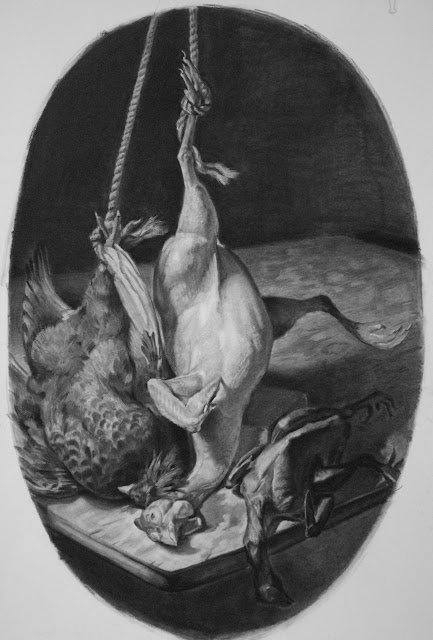 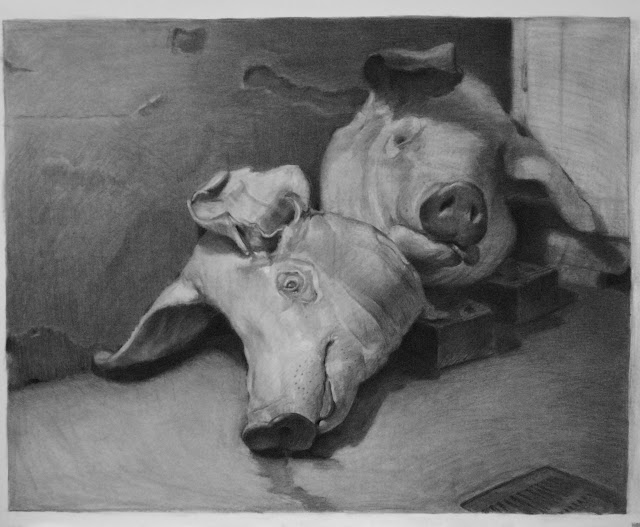 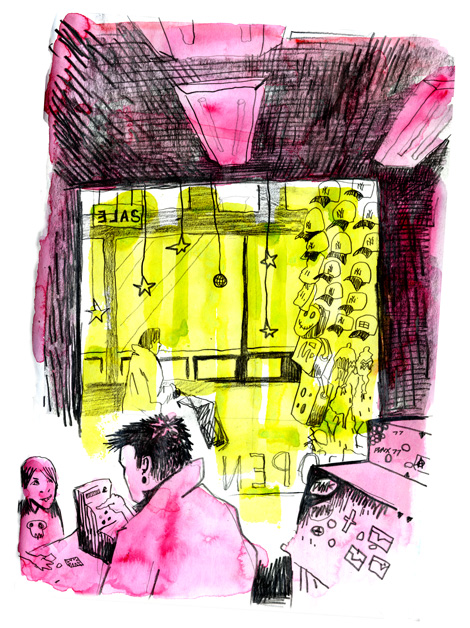 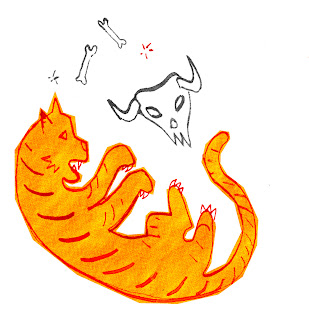 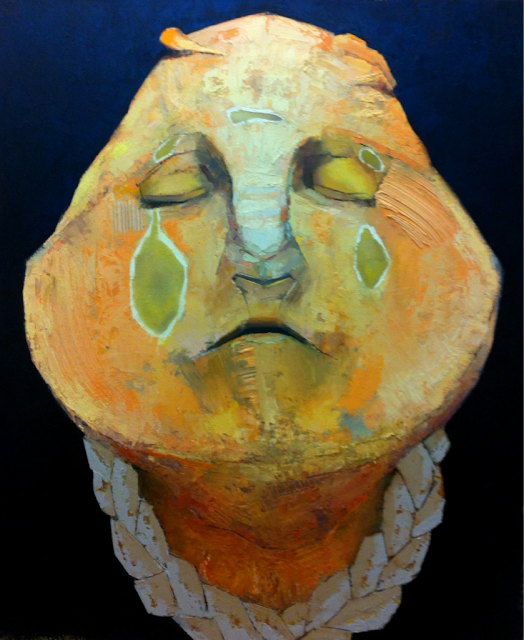 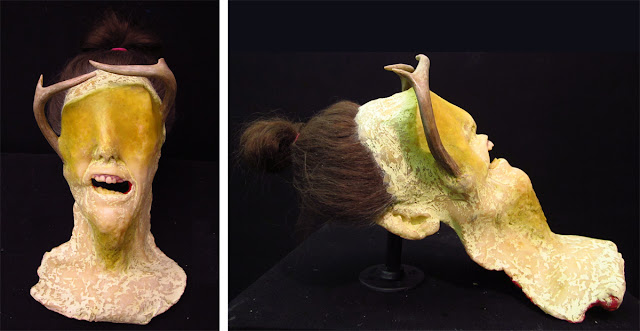 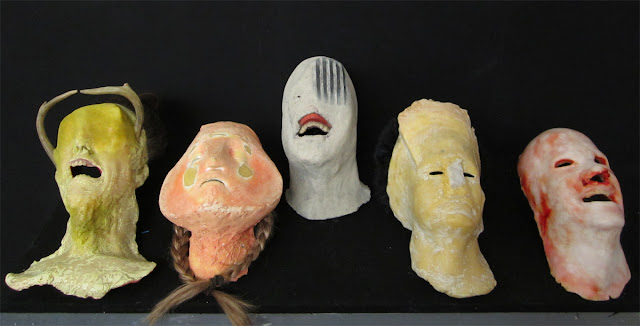 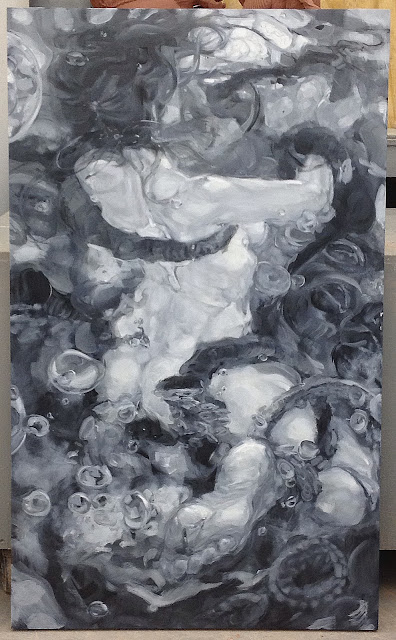 Dream of the Fisherman's Wife

Mitchell Martinez is a figurative landscape artist and toy maker. 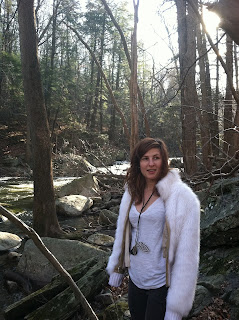 Hi! I'm Marissa. I like full contact origami and laughing till my sides hurt. and struggle. I'm down for a struggle. When I'm not thinking about or fighting oppression using applied theatre or teaching/practicing yoga, I'm most likely baking the most delicious chocolate chip cookies you've ever tasted. oh job stuff? I currently facilitate and direct ninth grade actors in the creation of original theatre pieces addressing social justice issues. Not unlike Robin Hood, I believe in cheap whiskey and reparations to the poor.

P-Rock is from materials science class. 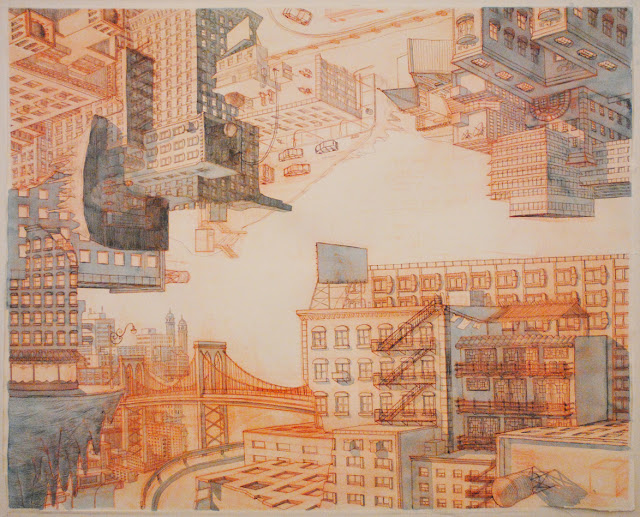 
Lavinia Roberts is an activist, teaching artist, and playwright. She has published over
a dozen plays and has been produced across the country. Her work has been selected
for various festivals and performed with various theatre companies, including the Stone
Soup Theatre in Seattle, Washington, the Los Angeles Women’s Theatre Project, and
the Bloomington Playwrights Project, in Bloomington, Indiana. Her full length play,
Counting Skunks, won the 2011 Mario Fratti-Fred Newman Political Playwriting Award
at the Castillo Theatre in New York City. She has a BFA in Fine Art from the University
of Kansas with minors in Art History and English. Lavinia is attending New York
University for graduate study. 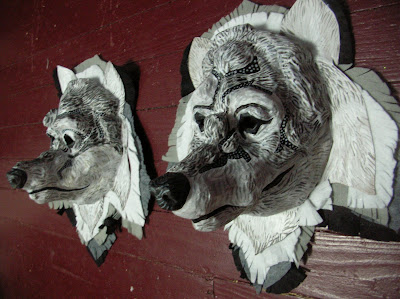 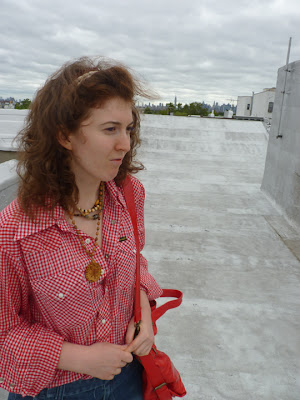 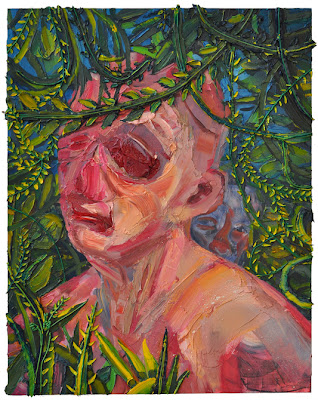 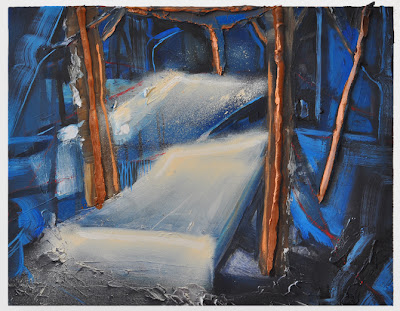 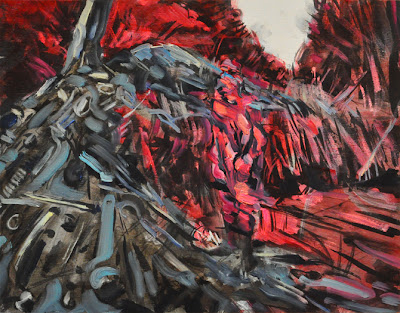 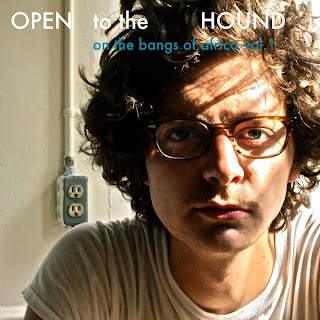 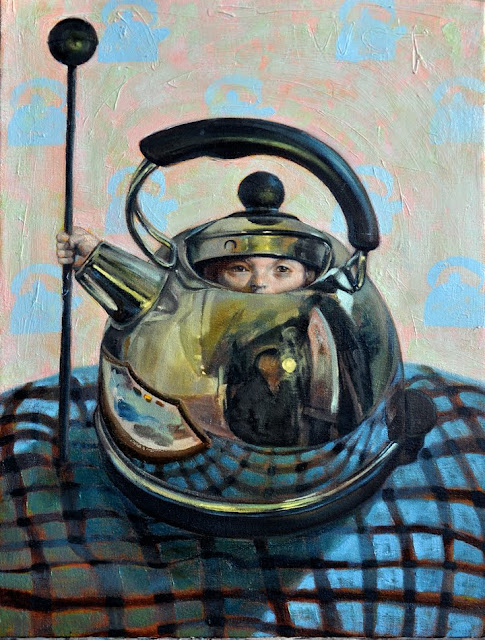 Shawn Yu was born in a gated and guarded government complex in Beijing.  Somehow, now he holds an American Citizenship( he swears that he is not a spy for the reds).  He had led an itinerary life traveling and moving between China and different places on the east-coast of United States as a penniless artist.  He is now sheltered in brooklyn, and paints oil paintings about his suffering and struggle.  He holds a master's degree in fine arts from the New York Academy of Art.  Shawn Yu has exhibited extensively on the east coast of United States and occasionally, in the Republic of Turkey.   He loved nightly walks under the moon.

THE CAVE
A group show, THE CAVE will be presented at Frontrunner Gallery March 16th-31st. Produced by Corinne Beardsley, 20 artists and performers are building a cave out of cardboard and wheat pasting newsprint to paint, draw, install sculpture, projections, soundscapes, and host performances of music and theater. The show will inhabit two spaces at 59 Franklin St.- the 400 sq. foot gallery, and it's project space in the deep caverns of the building. The audience will discover the dark spaces using crafted flashlight torches.